DXer of the Year Award Criteria

The DXer of the Year shall be selected by a panel of three former honorees as designated by the President of CADXA after the membership-at-large submits written nominations to this selection panel. Both the nominations and the selection-by-committee shall look to the following criteria as the ideal honoree profile.

An honoree who, during the award year, has demonstrated exceptional accomplishments in DXing such as the following:

The overall purpose of the CADXA “DXer of the Year” program is to keep such standards the highest possible as well as to prevent the award itself from becoming diluted through lack of direction by the Club or by failure to define and embrace such high standards.  It is also hoped that this program will result in keeping clear goals and these standards before the membership at all times, especially so as more and more new radio amateurs join CADXA in the coming years.  While it is the general intent of this program to award the CADXA “DXer of the Year” to different recipients, these criteria do not preclude repeated awarding of the CADXA DXer of the Year to past recipients.

DXer of the Year Award

Each year at the Annual Awards Banquet, one club member is honored by being named "DXer of the Year".  Please see the Criteria below for what is considered when choosing the recipient.

Here is a list of the past recipients of the DXer of the Year award: 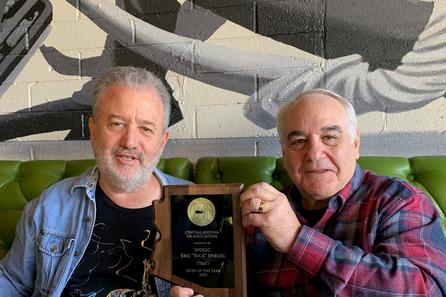