Herb Goodluck earned his ham license in 1996.  Herb enjoys talking to hams around the world from his home in Lukachukai in the Navajo Nation.  In 2004, Herb requested the special event callsign N7C from the FCC to use for an annual commemoration of the Navajo Code Talkers in Window Rock every August.  Several of our CADXA members have joined him in Window Rock for the N7C operation in support of his efforts and have enjoyed their friendship with him and look forward to continuing that tradition for many years to come.  In recognition of Herb's work to preserve the memory of the Navajo Code Talkers and as a radio ambassador for the Navajo Nation, the Central Arizona DX Association presented him with an Honorary Membership Certificate.

For security reasons we do not publish a roster with street addresses, email addresses, or telephone numbers.  If you need to reach a club member, please check QRZ.com or contact the CADXA secretary.

Fred Lloyd was first licensed in Cupertino, California as N6UFT in January 1989.  In less than a year he upgraded to Extra Class and moved to Arizona where he received the call AA7BQ and has lived here ever since.  He started what is today known as QRZ.com as a dial-up bulletin board system in 1992.  It was a spin-off of what was once called the “Callsign Project”, a cooperative effort designed to obtain and distribute FCC ham radio database records.  To Fred’s amazement, as technology evolved, so did his idea and worldwide interest in this database.  By the fall of 2009, 33 editions and over 250,000 copies of the QRZ Ham Radio CDROM had been sold worldwide and it earned the title of the #1 best selling amateur radio software product of all time.  Today, QRZ.com lives on the Cloud and is used daily by hams everywhere, especially DXers.  While Fred’s creation earned him a Special Achievement Award in 2011 from the Dayton Amateur Radio Association, we believe he deserves far more accolades for his work.  In recognition of the integral role QRZ.com plays in the daily lives of thousands of hams worldwide, the Central Arizona DX Association presented Fred with an Honorary Membership Certificate. 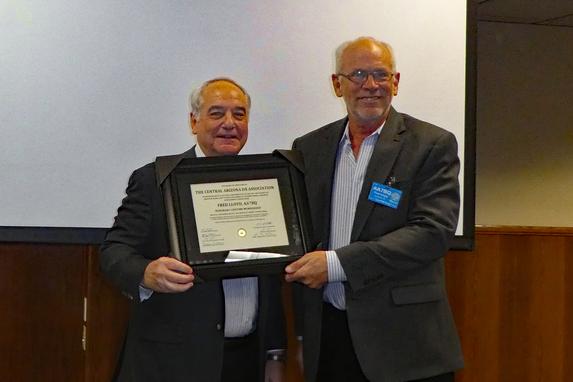 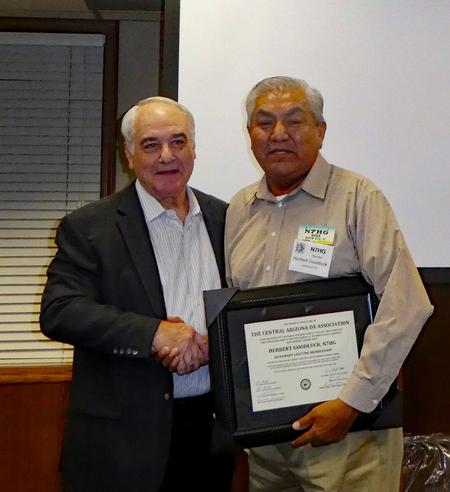